In early 2011, we embarked on a project to produce high quality reproductions of the original STA15 and STA25 amplifiers.

Mike Davis took over Woodside from John Widgery in the late 90s. John Widgery had passed them onto him, and he had kept them all.

After hearing about our project, he very kindly passed these specifications onto us. These are likely the only copies in existence. They were key to the project. 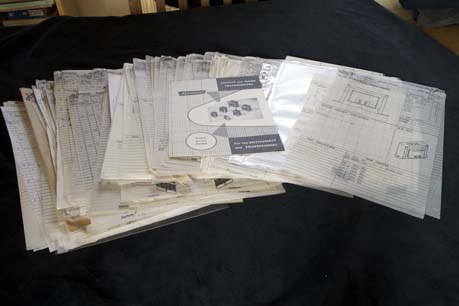 After contacting a transformer manufacturer highly recommended by John Widgery, brand new Radford transformer sets were specified for both the STA15 and STA25. 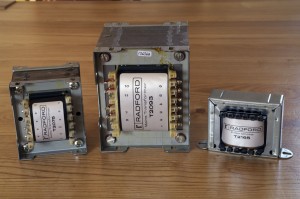 The new transformers are superior to the originals in certain respects. They are machine wound to modern safety and insulation standards. Superior termination is provided by tags embedded in the plastic bobbin, which are much stronger than the original tags, which were glued to the outer insulation of the winding. They had a tendency to fall off.

We have been able to recreate these famous high quality transformers exactly according to the specifications written by Arthur Radford himself.